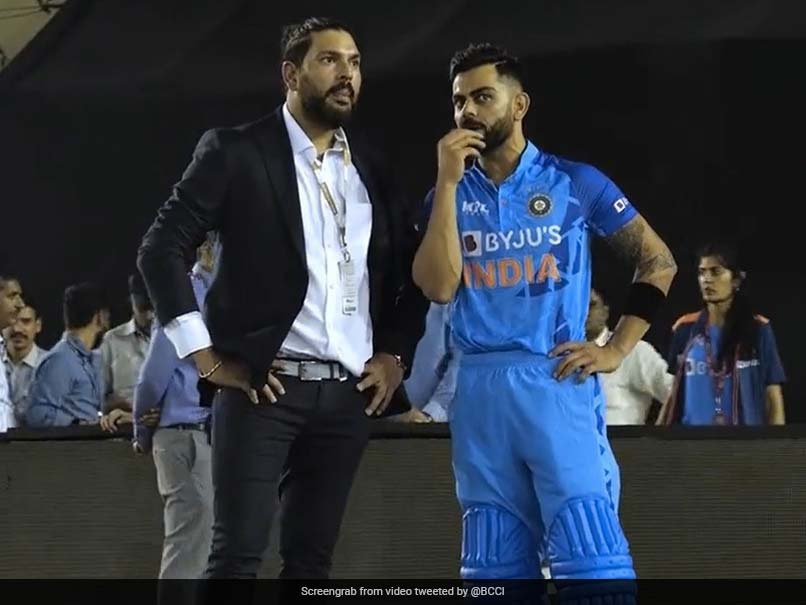 India took on Australia on Tuesday in the first of the three-match T20I series in Mohali and there was plenty of star power on and off the pitch. Two of India’s top cricketers, Yuvraj Singh and Harbhajan Singh, were also honored for their contribution to the sport when two stands in the PCA stadium in Mohali, named after the duo, were unveiled by Punjab chief minister Bhagwant Mann.

Yuvraj, 40, who played international cricket for nearly twenty years before embarking on a glorious career in 2019, appeared here alongside teammate Harbhajan Singh at the PCA stadium.

Later, a video of Yuvraj speaking to Virat Kohli before the start of India’s innings was posted on Instagram by the host Star Sports.

The video shows both Kohli and Yuvraj engaged in a series discussion. The two have shared a good rapport over the years.

The 2011 World Cup hero got a little emotional when asked about the BCCI blazer he wore when he hit the grounds.

“It’s a great feeling to be back at PCA Stadium so much. I’m wearing the BCCI blazer in my own stadium for the first time. It feels great to be called and recognized by my former parents’ association,” he told PTI.