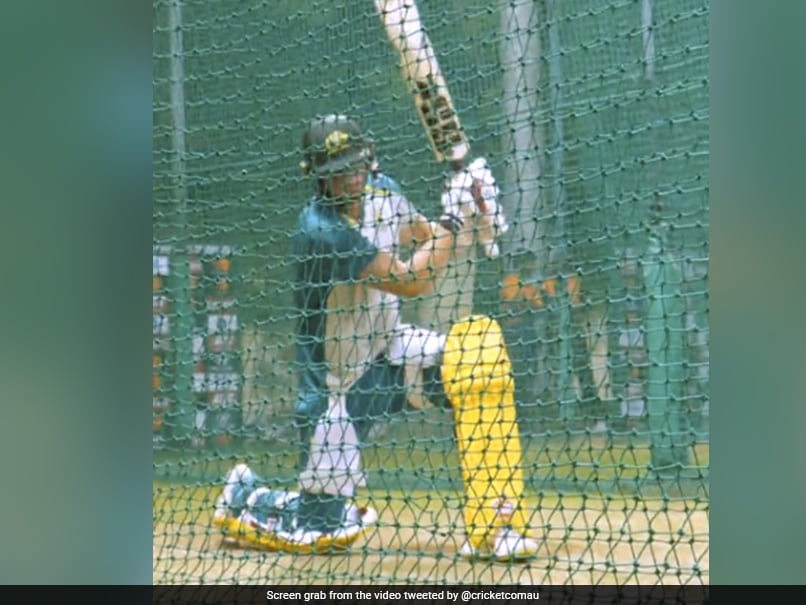 India vs Australia: Tim David is likely to make his Australian debut in the first T20I.

India and Australia will face each other for a three-game T20I series, which begins Tuesday in Mohali. Players from both sides are getting ready for the tournament. In the midst of all this, Tim David is busy preparing intensively in a bid to take on the Indian bowlers on match day if he gets the chance. Cricket Australia shared a video of David practicing power-hitting in nets ahead of the first T20I match against India. David made sure to give his best during practice, from slog sweeps to ground loft shots to backfoot pulls.

Singapore-born international David has yet to play his first game for Australia. He played 14 T20Is for Singapore, scoring 558 runs at an average of 46.50 and a strike rate of 158.52. His highest score in the format is 92 not out.

Ahead of the game against India in the first T20I, Australian Vice-Captain Pat Cummins said he is delighted to see Tim David play against the Men in Blue in Mohali.

“We’re in Mohali. We’ve just had our first practice as a team there at the Oval. Really good session. Great to see the new face on his very first Aussie tour – Tim David around. He hit a lot of long balls “Can’t wait to see him in action,” Cummins said in a video Cricket Australia posted on Twitter.