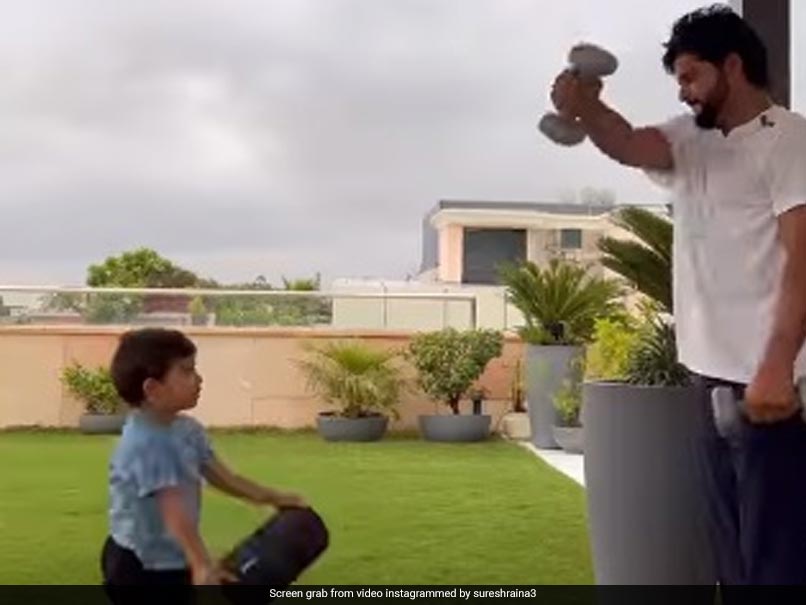 Former Indian cricketer Suresh Raina shared an adorable video on social media. In the shared clip, he can be seen exercising with dumbells. What made the video interesting was his little son Rio, trying to impersonate his father. Raina tries to teach his son different exercises in the video and also the little boy tries his best to learn. The netizens poured their love on the adorable video. While some called it cute, others sent heart emojis to express their love for the clip.

It is worth noting that Raina announced his retirement from all cricket formats last week. The left-handed batter had already retired from international cricket in 2020, but it was in September this year that he decided to say goodbye to all other forms of cricket as well. Raina announced his decision on Twitter.

Meanwhile, Raina’s decision to take time off for his international cricket had come on August 15, 2020, minutes after MS Dhoni announced the decision that he was retiring from the top tier of cricket.

Raina, 35, is one of the few to have scored in three formats in international cricket for centuries. He played 18 Tests, 226 ODIs and 78 T20 Internationals with nearly 8000 international runs.

Raina’s greatest moment in international cricket was arguably a crucial unbeaten knockout in a tricky World Cup quarter-final against Australia during the triumphant 2011 campaign.

The left-handed batter was a key member of Chennai Super Kings until the 2021 edition of the tournament, but the left-hander remained unsold in the auction for the 2022 season.