With compelling content and gripping stories, movies from southern India are already attracting the attention of movie buffs from all over the world. If you’re new to Southern cinema, or an avid follower, we’ve got some good news for you! No more worrying about missing out on the hottest happenings and headlines in Southern cinema. ETimes presents, South Buzz, a daily segment where we bring you all the latest and greatest happenings in South cinema through our website, with all the updates you need to know!

With Navratri celebrations right around the corner, it’s a great time for filmmakers, who aspire to festival releases, including Telugu biggies ‘The Ghost’ and ‘God Father’. Your bee is indeed animated, just like in the Tamil industry, the celebrations are on as the pre-bookings for ‘Ponniyin Selvan: 1’ have won a huge number from the creators. And for the Kannada cinema, it’s very exciting as veteran Kabir Bedi makes his debut! Sadly, it’s a bleak day for Malayalam cinema as the industry bids farewell to filmmaker Ashokan.

ETimes bee is happy to be at your service and stick around to know all the headlines we brought just for you! 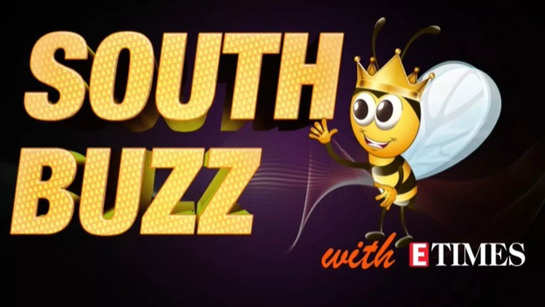 Film buffs of Telugu movies are in for a double treat as there are two major releases for Navratri. ‘The Ghost’ directed by Praveen Sattaru starring Akkineni Nagarjuna is slated to release on October 5, and the film’s pre-release event was graced by the superstar’s children, ‘handsome sons’ if we may say so, Akkineni Naga Chaitanya and Akhil Akkineni! While promoting his film, Akkineni Nagarjuna did not forget to encourage his friend Chiranjeevi, who also has a release – ‘God Father’ on October 5. A remake of the Malayalam movie ‘Lucifer’, ‘God Father’ stars Chiranjeevi, Salman Khan, and Nayanthara among others.

Another update that came out of Telugu cinema is quite surprising. ‘Prema Kadanta’ is now ‘Urvasivo Rakshasivo’. Yes that’s right. Allu Sirish and Anu Emmanuel’s feature film, previously titled ‘Prema Kadanta’, has been given a title change and the film is now called ‘Urvasivo Rakshasivo’. You’ll also get a glimpse of the movie soon, as the teaser comes out on September 29!

As mentioned before, your bee is pleased to report that Mani Ratnam’s upcoming magnum opus ‘Ponniyin Selvan’ has achieved record presale results! The pre-bookings for the film opened on Sunday (25th September) and within a day, the pre-sales revenue has reportedly brought in Rs 1 crore! In other news, from Kollywood, Ajith’s upcoming movie ‘Thunivu’ has sold its OTT rights even before its release! An OTT giant has bagged the streaming rights, suggesting we’re all in for something!

Known for its potential content and talent, Kannada film industry has some good news! Veteran Kabir Bedi marks his debut in Kannada with the upcoming movie titled ‘Hunter – On Duty’. And the thespian is expected to join the team very soon.

Monday was a bleak start for the Malayalam film industry, when filmmaker Ashokan passed away. He breathed his last on Sunday (September 25), aged 60.

That was it for the honey buns for the day. This bee will be back tomorrow with South Buzz. Until then, stay tuned with ETimes.