An exciting match is expected with both teams looking for a place in the second qualifier.

Siechem Madurai Panthers will close horns with Lyca Kovai Kings in the 2022 Tamil Nadu T20 League eliminator match. Both teams had a good time in the tournament during the competition stage as they both qualified and face each other in an eliminator match on Tuesday. The Siechem Madurai Panthers won five of their seven games and advanced to the elimination round, while the Lyca Kovai Kings won four of their seven games and were the last team to qualify after finishing fourth in the points standings.

The SCF Cricket Ground lane is expected to be slow and bowlers have prevailed during the early stages of the competition. A score between 140 and 160 could be par at this location.

J Suresh Kumar has scored 352 runs with an excellent average of 58.66 in seven games, making him a standard pick for your fantasy side.

Abhishek Tanwar has taken 13 wickets this season at an average of 12.76 in seven matches making him a great asset to your fantasy squad.

L Kiran Akashi has collected 12 wickets at an average of 15.50 in seven matches. 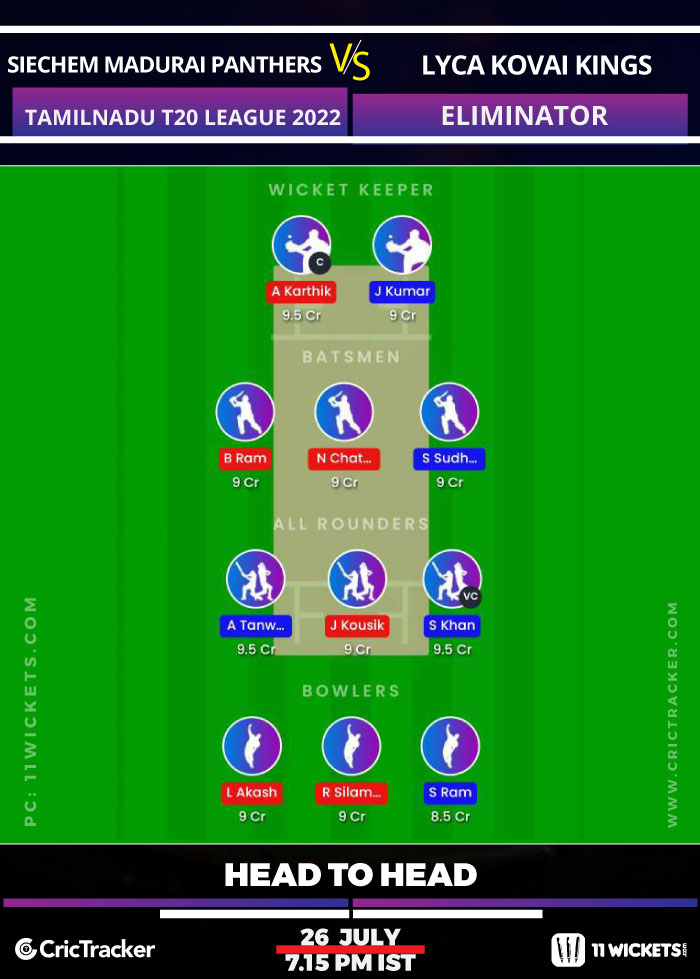 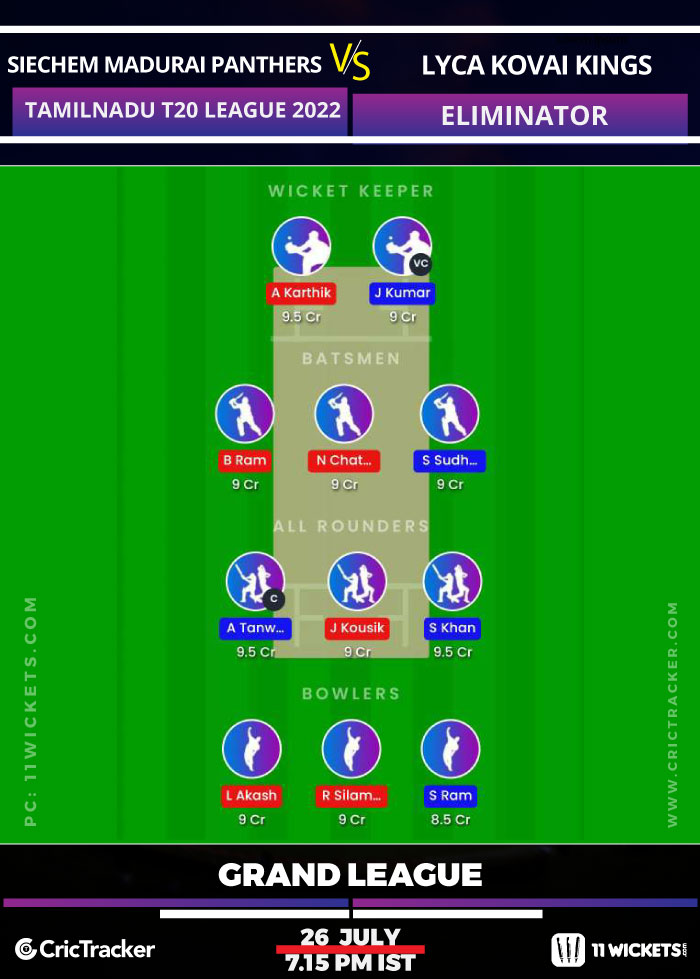 Disclaimer: This team is based on the understanding, analysis and instinct of the author. When selecting your team, keep the mentioned points in mind and decide.