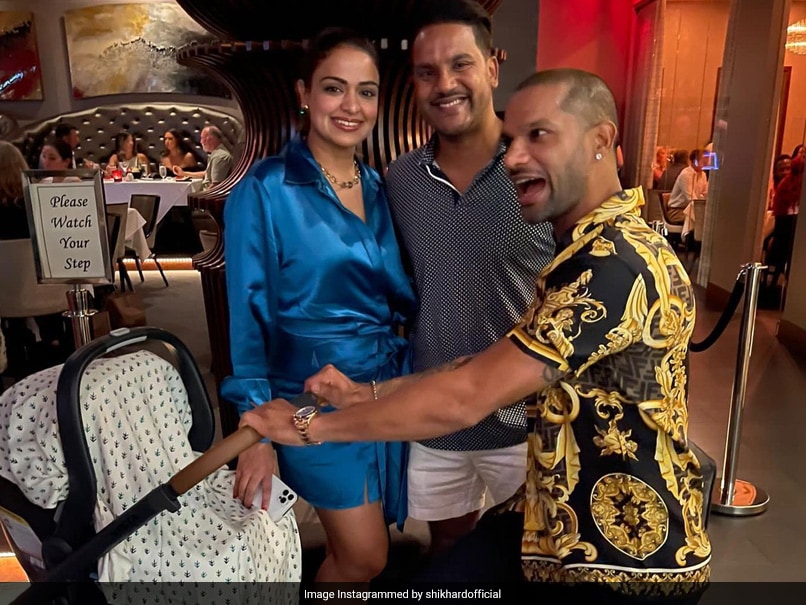 Veteran India opener Shikhar Dhawan is currently enjoying a break from cricket. The lefthanded batter was last seen in the ODI series in Zimbabwe in August. He was not part of the Asia Cup squad as he has only been eligible for the ODI format lately. He was one of the runs in the ODI format and consistently took good hits for Team India. Now, in a series of photos shared on Instagram, Dhawan revealed that he is having a good time with his family. “I had a great time with family, I met my cousin for the first time,” he wrote in the post.

Meanwhile, according to an ANI report, batter Shikhar Dhawan will lead India in the upcoming ODI series against South Africa on home soil, sources within the Board of Control for Cricket in India (BCCI) said. The captaincy will be handed over to Dhawan as T20 World Cup tied players are likely to rest, the sources added. The eighth edition of the ICC T20 World Cup will take place this year from October 16 to November 13 in Australia. In addition, VVS Laxman is likely to be with the squad as a coach in the absence of head coach Rahul Dravid.

The action then shifts to Lucknow on October 6, where the ODI series kicks off, where Shikhar Dhawan will lead the squad. Ranchi and Delhi will host the second and third ODI on October 9 and 11, respectively.