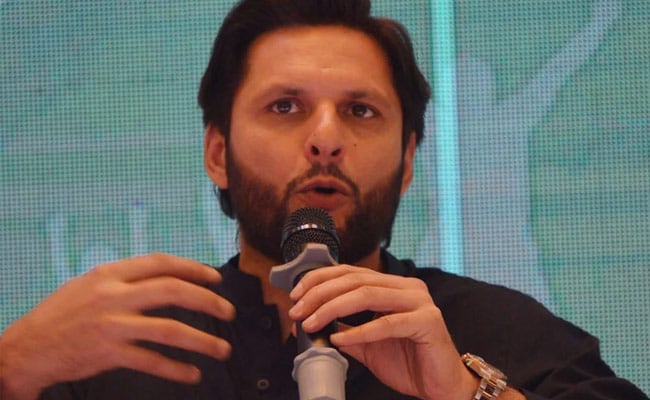 Shahid Afridi, a former Pakistani captain and one of the deadliest all-rounders in the world, has a long history of controversy. His clashes with Gautam Gambhir and other Indian cricketers are well known and get millions of views on social media.

Afridi, a talented cricketer, made a comment that surprised everyone, especially Indian fans. Afridi revealed that his daughter waved the Indian flag instead of the Pakistani flag during last week’s Asia Cup 2022 match between India and Pakistan.

Shahid Afridi said on a Pakistani television channel that the stadium only had 10 percent of Pakistani fans, while 90 percent of the fans were from India. “I found out there were more Indian fans,” he said in a program broadcast on Samaa TV.

“My wife told me that there were barely 10% Pakistani fans in the stadium and the rest Indian fans. Pakistani flags were not available there so my youngest daughter waved the Indian flag. I received the video but I was not sure if you want to share it online or not,” he added.

In their Super-4 match, Pakistan triumphed over India. Mohammad Rizwan scored 71 runs off 51 balls to help Pakistan reach 182 for five in 19.5 overs while chasing a goal of 182 runs.

“Excellent win!! Great contributions from Rizwan, Nawaz and finish by Asif. India-Pakistan cricket again at its best. The biggest sporting event in the world,” he said on Twitter.