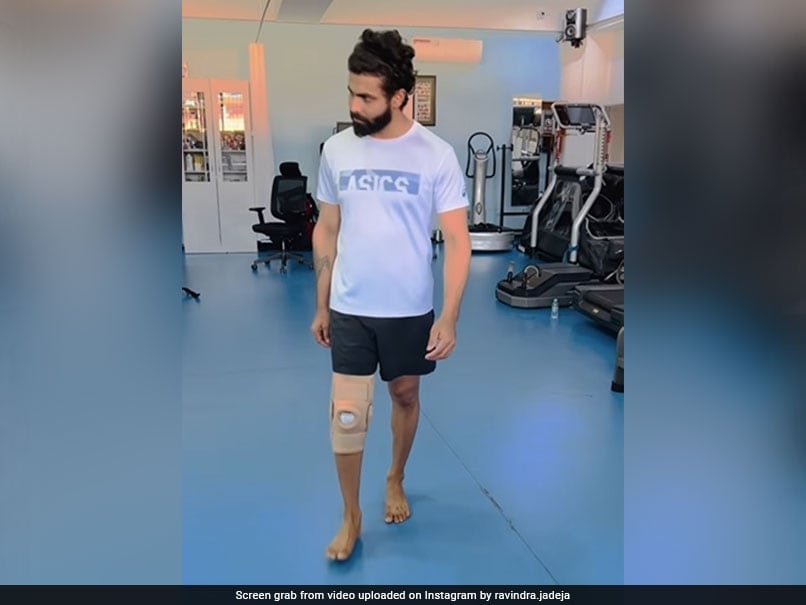 Indian all-rounder Ravindra Jadeja shared a video of his rehabilitation from the National Cricket Academy, Bengaluru on Tuesday. The left-hander had undergone knee surgery and is currently in recovery. In the video he shared, Jadeja was seen walking with a crepe bandage on his right knee. The player takes small steps very carefully during the walk to ensure that he does not put too much pressure on his injured leg.

Ravindra Jadeja will miss T20 World Cup due to his knee injury. He was not part of India’s three-game T20I series against Australia, nor will he be part of the white ball games against South Africa that follow.

The absence of Ravindra Jadeja from the Indian squad was a major blow to the side, but the emergence of Axar Patel has kept the balance for the team.

Axar, who was included in the team as a similar replacement for the injured Jadeja, impressed everyone with his bowling during the three-match T20I series against Australia, finishing as the leading wicket taker. He claimed a total of 8 wickets in the series, five more than the second best.

Meanwhile, India defeated Australia 2-1 in the T20I series. Australia had won the first match by 4 wickets before India bounced back with a 6 wicket win to tie the three match run 1-1.

The third and deciding game went to the thread with India winning by a 6 wicket margin.