Ranbir Kapoor and Alia Bhatt recently attended Kareena Kapoor Khan’s birthday party. When they arrived at the venue, the paparazzi asked the couple to pose before entering the building. After the video of the duo not posing for the media, even after asking for it, went viral on the internet, the netizens trolled the actors for their rude behavior. 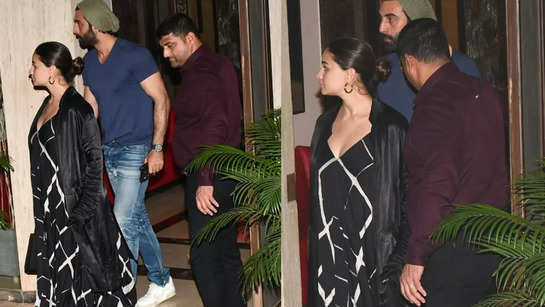 Meanwhile, Ranbir and Alia are currently enjoying the success of their latest release ‘Brahmastra’ at work. Aided by Ayan Mukerji, the film also starred Amitabh Bachchan, Akkineni Nagarjuna and Mouni Roy. Although the film received mixed reviews, it scored well at the box office.