Punjab, Haryana, Himachal Pradesh, Chandigarh and Jammu and Kashmir are lagging behind in terms of medical education infrastructure.

An analysis of Department of Health data prior to the statement of the NEET (UG) results for MBBS course admissions shows that states and UTs in the region represent only 7 percent of all medical colleges nationally and 6 percent of MBBS seats. 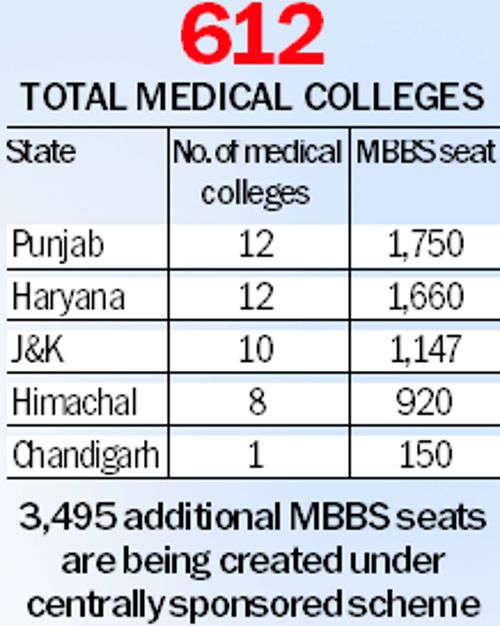 Sources said 3,495 additional MBBS seats were created under a centrally sponsored program. The settlement covers 16 states, including Punjab (100 seats), Himachal 20 and J&K 60. Likewise, a separate centrally sponsored program to increase the number of PG seats is in the works. The plan is to add 4,058 seats in 21 states in the first phase. Of these, 87 will be added in Punjab, 127 in Jammu and Kashmir and 17 in Himachal Pradesh.