From which department will the next chairman of the Panjab University Campus Students Council (PUCSC) come from? This is a question for all political student groups on campus, and many have begun to pick their candidates.

The University Institute of Engineering and Technology (UIET) has always been a popular choice for the political outfits, given the sheer number of students.

Student Organization of India (SOI) candidate Chetan Chaudhary, who won the 2019 municipal elections, was a former student of the UIET. As he did not get admission into MTech course, he moved to Urdu department. The second most sought after wing is the University Institute of Legal Studies (UILS), which has nearly 1,475 students, according to the 2019 poll record.

“All parties have started working on it. These departments cannot be ignored. Even the hostellers, who have a large share of the votes, are registered in these departments. Focusing on the departments is always useful to attract hostellers to a party outfit,” says Angad Veer Brar, who is affiliated with a student group. “In the past, we have seen presidents elected from departments with less than 500 student strength (such as zoology, UIAMS, and others). However, the major departments have never been ignored,” said Pritam, another student.

As in previous years, the upcoming elections are likely to witness regional influence across all political groups. The political groups represented by students from neighboring countries play an important role in attracting voters. 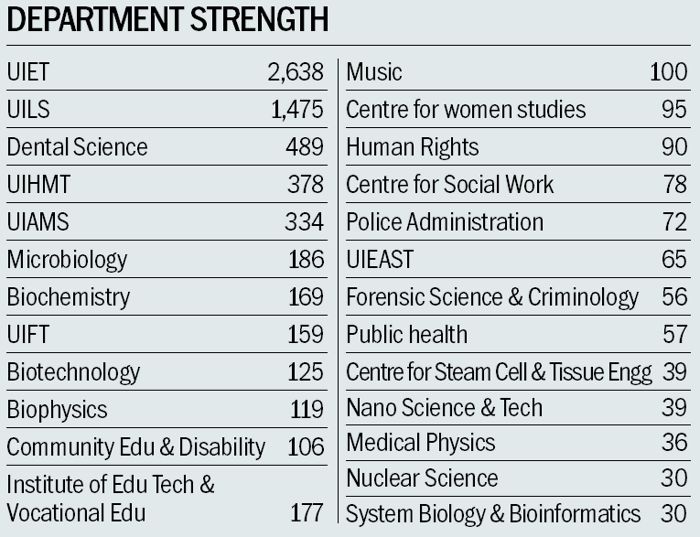