There is no movement to change the status of Panjab University, Chandigarh, from state to a central university, the government said in parliament. Responding to a question from Vikramjit Singh Sahney, RS member, MoS for Education, Subhas Sarkar said that regarding the conversion of state universities and colleges into central universities, the ministry had made a policy decision against the ministry due to past problems, adaptation of existing staff and the connection of universities of applied sciences.

He said this in response to a question from AAP Rajya Sabha member Vikramjeet Sawhney on Wednesday. 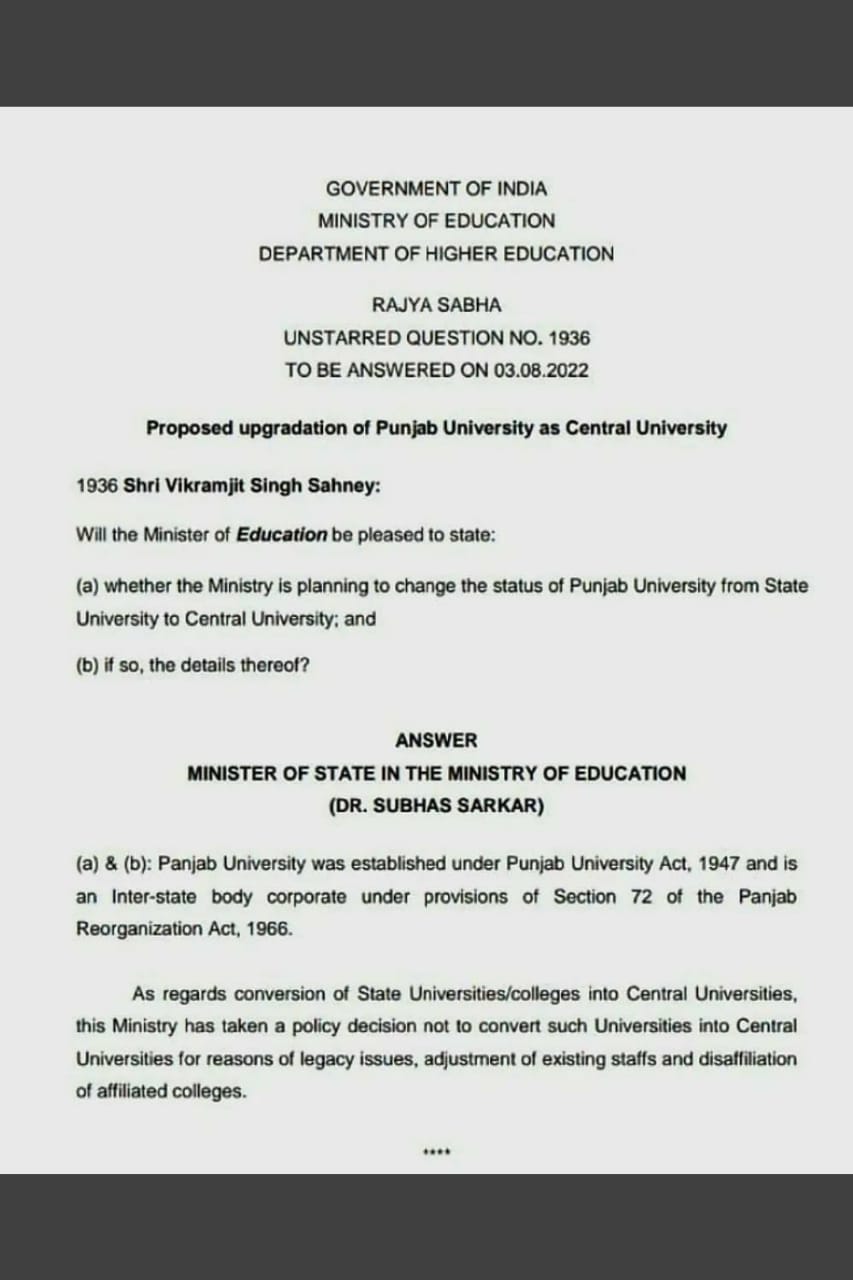