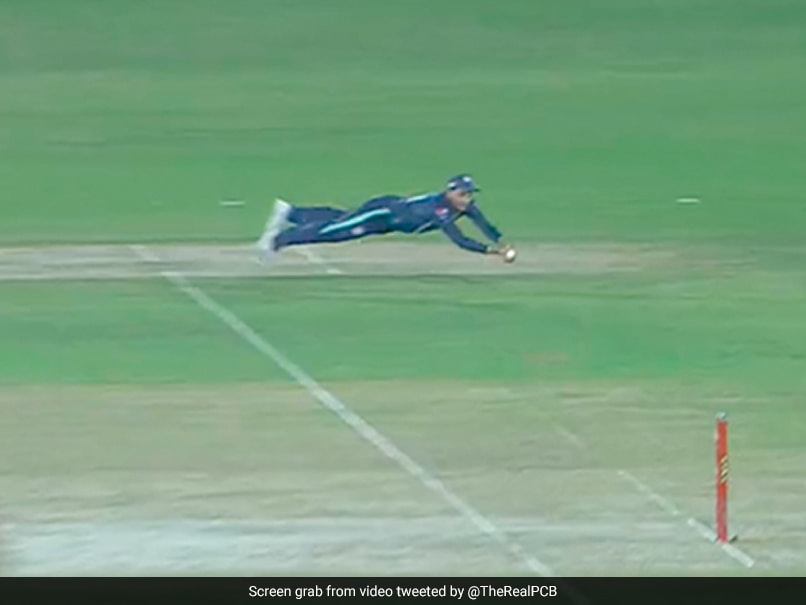 Pakistan and England played a thriller in the fourth T20I at the National Stadium in Karachi, and in the end it was Babar Azam’s side who triumphed by three runs to tie the seven-game run 2-2. The match had many ebbs and flows, but it was Haris Rauf who changed the complexion of the game as he took over in the penultimate two wickets, including Liam Dawson’s key scalp. One of the biggest highlights of the match, however, came in the 2nd over from England’s chase when Usman Qadir made a stunning catch to sack Alex Hales.

Hasnain threw a hard long throw and Alex Hales was forced to control his shot, and Usman Qadir, who was placed in the middle of the wicket, ducked forward to the left to make a stunning catch. Qadir took great care that the ball does not bubble out of his hand during his landing. Hales left after scoring 5 runs off 3 balls.

Hunting for 167, England continued to lose wickets at regular intervals. Harry Brook and Ben Duckett played knocks of 34 and 33 and the comparison came down to 33 from 3 overs to beat England. Dawson then hit 24 runs on the 18th and it looked like England would cross the line easily. However, Haris Rauf brought Pakistan back into the game when he turned down Liam Dawson (34) and Olly Stone (0) on consecutive deliveries.

England needed 4 runs from the last over to win, but Reece Topley was exhausted in the last over and Pakistan took a narrow win of two runs.

Pakistan and England will now face it on Wednesday in the fifth T20I at the Gaddafi Stadium in Lahore.