Hand-in-hand for a few years now, Chandigarh Football Association (CFA) office holders have been muddling together for the association’s general election, which will take place on September 29 at a hotel in Sector 43 here.

“We have not signed any document regarding the exit of any unit. The president and the general secretary must have done it their own way,” both officials said.

There is also an alleged audio clip of a conversation between two seasoned CFA office bearers where they discuss whether or not to take Rs 10 lakh from the president as a loan or donation. The office holders allegedly mocked the president about how to get Rs 10 lakh from him. The conversation is said to be between two senior CFA officials, which was taped earlier this month.

A complaint about this has already been submitted by Jagbir Singh, former office holder of the association.

“I have nothing to say about this. The office holders signed the document themselves and we have all the evidence. They only proposed to exclude those units that do not participate in any activity of the association even before my term of office. Most of them have written to us themselves. If the excluded units start participating in our activities, I have no objection to accepting them,” said KP Singh, president of CFA.

However, several players associated with these 11 excluded units have played in the last Senior State Championship held at Chandigarh Police Lines while representing other teams.

On providing a grant and an audio clip, Singh said, “We have different releases. If I arrange grant, it is for the association and not for personal use. I’ve also come across an audio clip that mentions such things. But, I haven’t heard it.

Asked about the inclusion of new units in Mohali’s list of addresses and charged that they are not from Chandigarh, he said: “I have all the documents. The clubs are registered with us. I don’t know who is spreading the fake news,” Singh said. 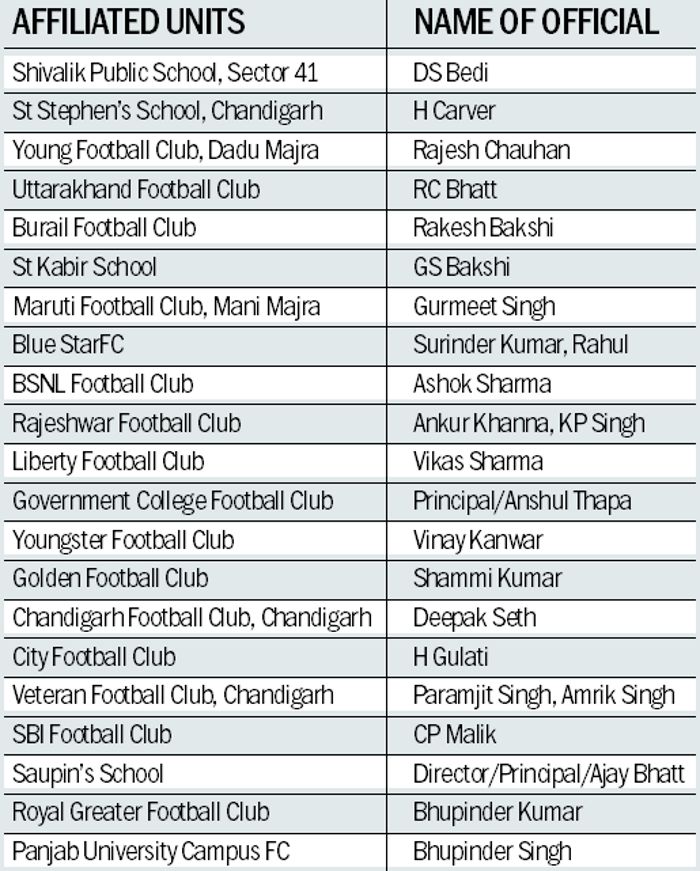