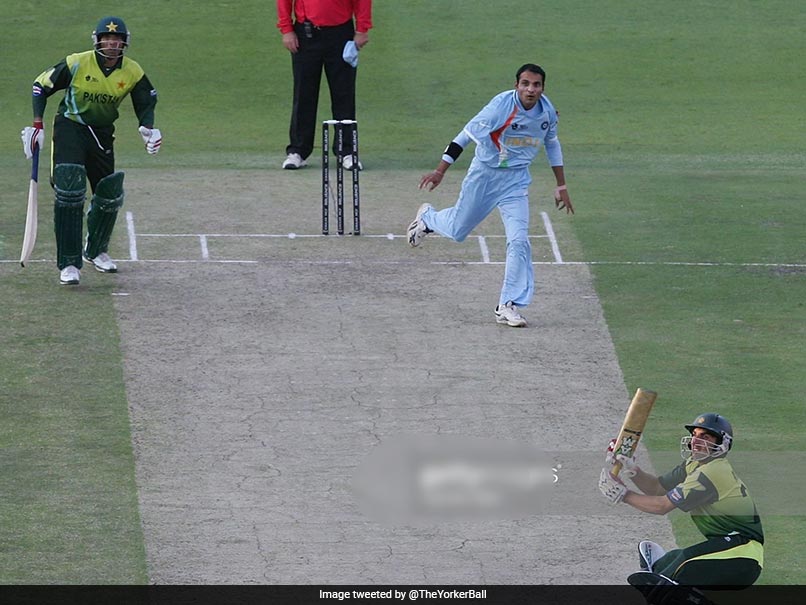 MS Dhoni took a gamble and turned to Joginder Sharma to knock over the final.© Twitter

Saturday 24th September marked 15 years of India’s victory over Pakistan in the inaugural 2007 World T20 final at the Wanderers in Johannesburg. This was India’s first world title in 24 years and a moment that has been etched in the minds of fans until now. And who better than Joginder Sharma — the medium pacer who helped India achieve a famous five-run victory — to reminisce about what happened on that special night?

In chasing a goal of 158, Pakistan needed 13 of the last six balls. An in-form Misbah-ul-Haq wanted to take the game and title away from India. Under the circumstances, Dhoni took a gamble and turned to Joginder Sharma to knock over the final. And Joginder delivered the goods by taking out Misbah.

In a video posted on social media by Gujarat Giants, owned by Adani Sportsline, on Saturday, Joginder took fans on an emotional journey, revealing the conversation he had with Captain Mahendra Singh Dhoni while he was playing that night 15 years ago. bowled for the last time.

“The discussion before the final was not about what line and length I should bowl or what my bowling strategy should be. Mahi told me not to apply any kind of pressure. If we lose, it was up to him.”

“Even when Misbah hit me a six on the second ball, we weren’t tense. At no point did we discuss what to do. Just before I delivered the third ball, I saw Misbah getting ready to play a scoop. So I changed the length and bowled a slower one. That’s why Misbah couldn’t hit it right. Sreesanth made the catch and the rest is history, as they say,” said Joginder, who currently plays in the Legends League.

Joginder said the memory is still fresh in his mind and will be cherished forever. You can hear more about it in the video posted to the team’s social media.