Suman Ghimire and Najam Shahzad are the top picks of this game.

Malo Qalandars (MAL) will close the horns with Gorkha 11 (GOR) in Match 13 of the Portugal T10 Series 2022. MAL are the table toppers with three wins in four appearances. They failed to defend a total of 87 in their final appearance. The likes of Najam Shahzad and Muhammad Adnan are their main performers.

In contrast, GOR has two wins in four league games. In their last game, the opponent won the Golden Ball (after a draw). Players like Suman Ghimire and Amandeep Ghumman were their best and impressed with the bat and ball respectively.

The field is expected to continue to provide strong support to the batters in this game as well. A total of about 100 will be a tough score for the teams chasing the score. The bowlers shall have no room for error in their execution.

The experienced all-rounder Najam Shahzad has hit 91 runs and picked three wickets in the tournament. In the T10 format, Shahzad has scored 316 runs and scalped 13 wickets.

The opening batter Suman Ghimire has collected 121 runs in four innings with a strike rate of 151.25 and the highest score of 65*. He also has four wickets to his name. 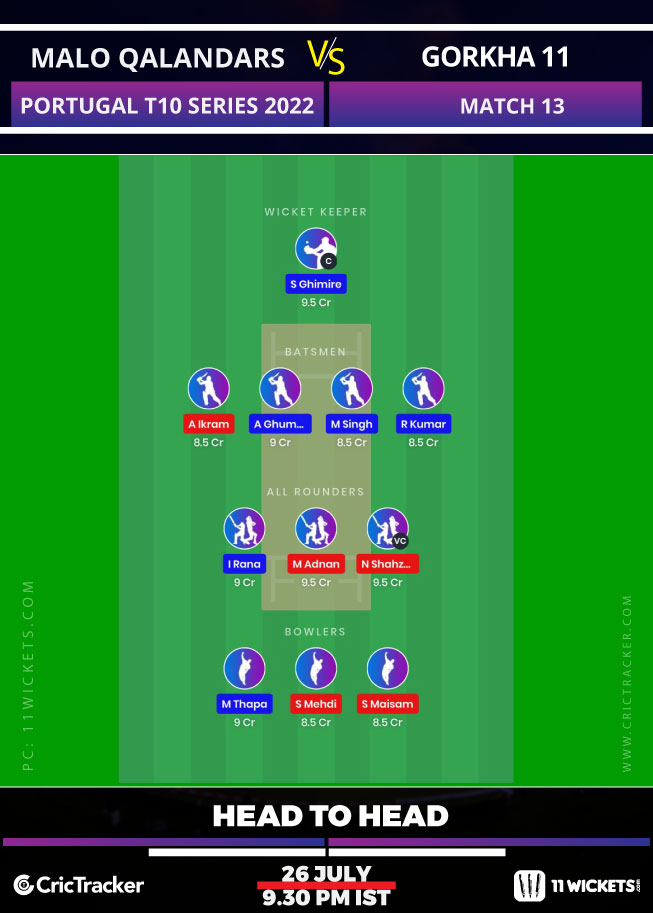 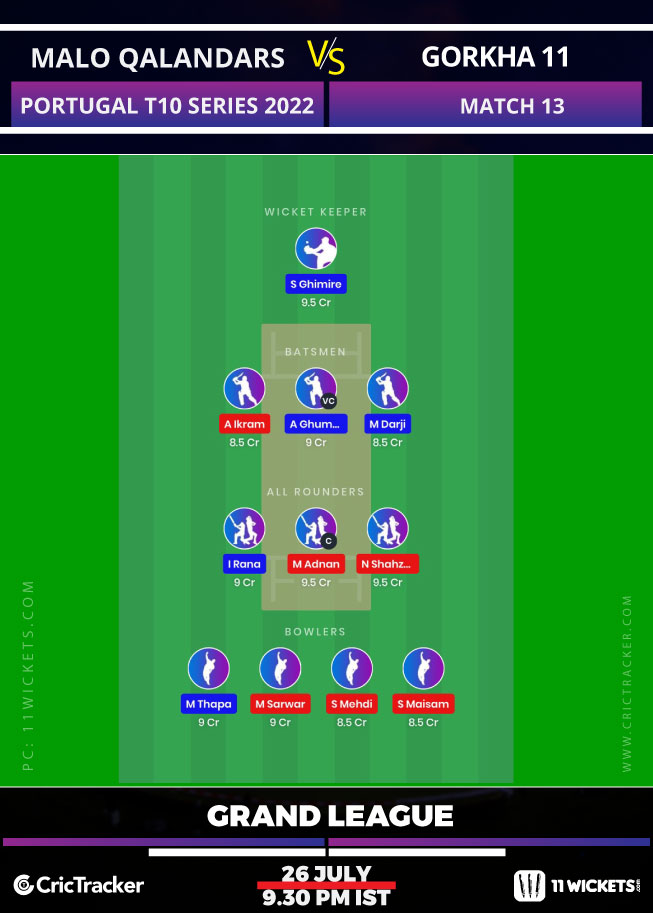