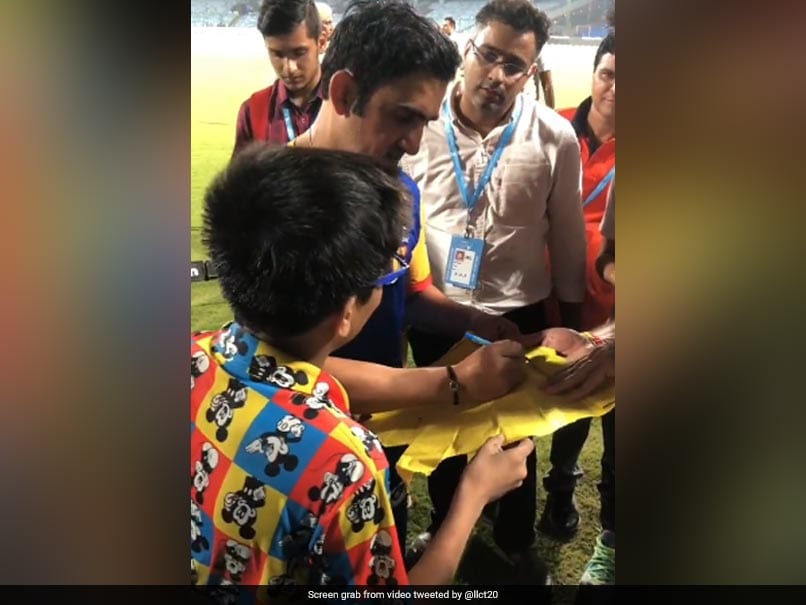 Cricket is a sport that is celebrated as a festival in India. Thanks to a huge fan base, the players enjoy star-like treatment from the fans. From Kapil Dev to Sachin Tendulkar, the fans never hesitate to express their love for the cricketers. One such heartwarming moment was seen after the Legends League Cricket (LLC) T20 tournament clash between India Capitals and Gujarat Giants, where a young fan won many hearts with his love for former Indian batter Gautam Gambhir.

In a video posted to LLC’s Twitter, Gambhir was seen heading into the locker room after his side defeated India Capitals Gujarat Giants by six wickets at Arun Jaitley Stadium. The young fan came running to Gambhir and touched his feet. Gambhir then asked the young fan not to touch his feet.

The child then gave a card of paper to the captain of India Capitals and asked for an autograph, to which Gambhir agreed with a smile and fulfilled his fan’s wish.

The video quickly went viral on social media and won many hearts as fans couldn’t stop gushing about the simplicity of the 2011 World Cup winning hero.

So far, India Capitals are at the top of the points list with a total of two wins out of four while Bhilwara Kings are bottom with just one win in four matches.