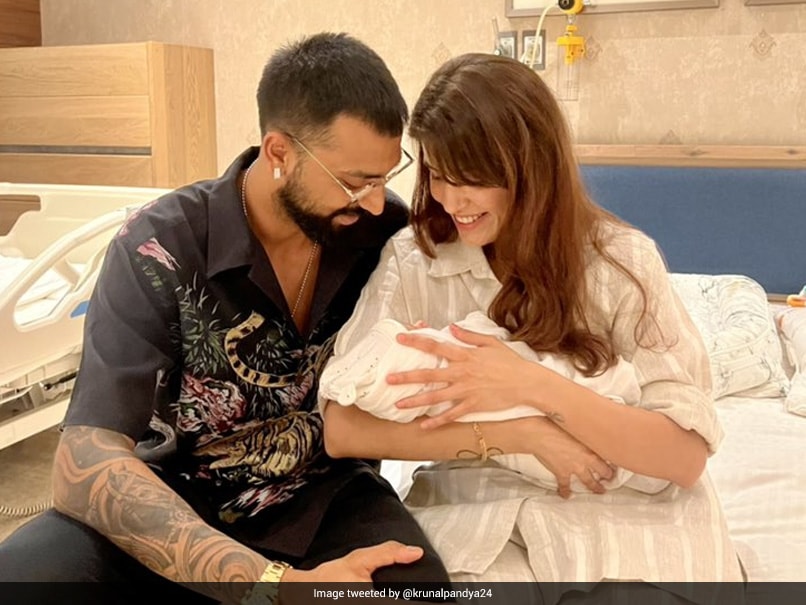 Indian cricketer Krunal Pandya and his wife Pankhuri were blessed with a baby boy. The India and Lucknow Super Giants all-rounder took to social media and revealed his son’s name on Sunday, July 24. Krunal married Pankhuri Sharma, a model, in 2017. Krunal is quite active on social media along with brother Hardik Pandya and wife Natasa Stankovic. He also shares many videos and photos with his cousin Agastya, the son of Hardik and Natasa. Krunal and Pankhuri named their son ‘Kavir’.

So far he has played in 19 T20Is and five ODIs for the Indian team.

Krunal recently signed for the England county of Warwickshire for the Royal London Cup One Day Championship from August 2-23.

“Krunal is an incredible asset to the club and I am delighted to welcome him to Edgbaston. Krunal will bring a wealth of international experience to a team that will be desperate to do well,” said Cricket Director Paul Farbrace. quoted as saying in a press statement.

Krunal had made his ODI debut in 2021 against England, where he hit the fastest half-century in 26 balls in history by a debutant in ODI cricket.

Krunal, who has won multiple IPL trophies with Mumbai Indians and played for LSG last edition.

Warwickshire will play eight group stage matches this summer, including four at home to Edgbaston, in the Royal London Cup competition. The top three countries at the end of the group stage advance to the knockout stage.