Indian women defeated England women in the third and final ODI at Lord’s to wipe the series clean 3-0. It was the last international match for legendary pacemaker Jhulan Goswami, but it was Indian Deepti Sharma who got more attention in the game. The all-rounder had knocked out English batter Charlie Dean on the non-striker’s side during her bowling. The fall of Dean’s wicket left England out for 153 runs and India won the tight match by a margin of 16 runs.

Although India finished on the winning side, the switch from Deepti to Charlie at the end of the non-rush hour sparked controversy. While many supported the player by stating it was well within the rules of the game, others lashed out at the player, calling it “unfair”.

Amid ongoing discussions over how to resign, former Indian captain Kapil Dev has proposed a new alternative.

“In a situation like this, I feel like instead of intense debates every time, there should be a simple rule. Take away the batsmen’s run. It should be considered a short run. It’s a better solution in my mind .” wrote the World Cup winning captain in his Instagram story. 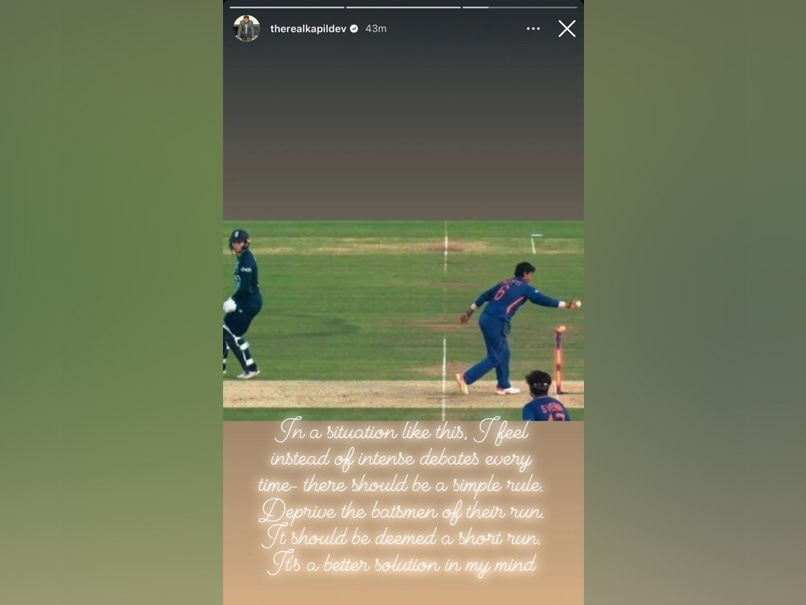 It’s worth noting that last week the ICC announced some new rules that will come into effect October 1. Also on the list, the relevant manner of dismissal had been moved from the “unfair play” category to “run out”.

Despite ICC’s announcement, people’s opinions remain divided on whether the batter runs out on the non-striker’s end when he or she is out of his crease before the ball is bowled.