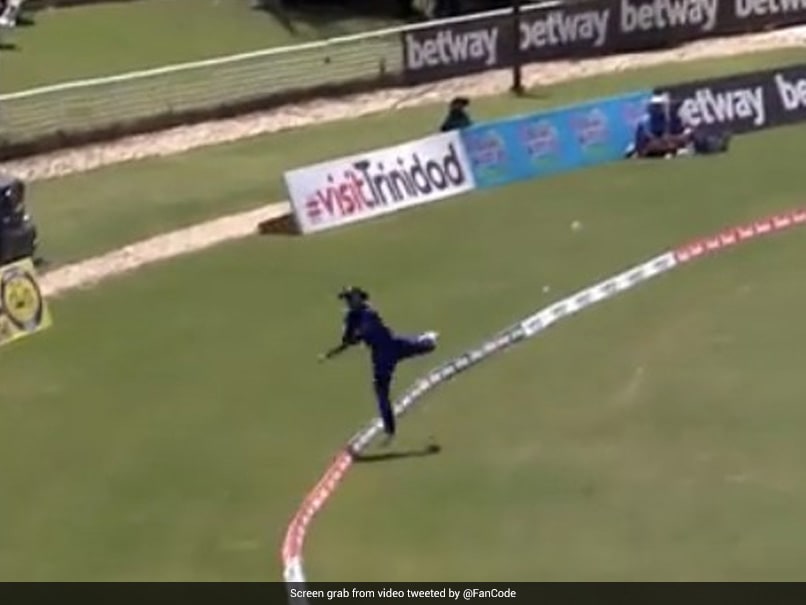 Team India got off to a winning start in the first T20I against the West Indies as the Rohit Sharma-led squad put on an all-round performance to take a comprehensive 68-run victory. Rohit Sharma and Dinesh Karthik got one of the runs to help India put 190 runs on the board and then the bowlers did a collective work to bring the West Indies down to 122/8. Shreyas Iyer fielded brilliantly in the fifth over of the innings and this effort denied Nicholas Pooran a six on Ravichandran Ashwin’s bowling.

On the first ball of the fifth left, Pooran decided to go on the attack against Ashwin and he came off the court and lofted the ball into the air. Positioned near a deep center of the fence, Iyer acrobatically jumped to the right to take the catch, but his right leg was only millimeters from the fence.

So, Iyer decided to throw the ball back into the playing field and the West Indies had to settle for only two runs.

India captain Rohit Sharma had good contacts in the first T20I against the West Indies and he played 64 runs off just 44 balls with the help of 7 fours and 2 sixes. Over the course of these innings, Rohit surpassed New Zealand batter Martin Guptill to become the leading runscorer in the men’s T20Is.