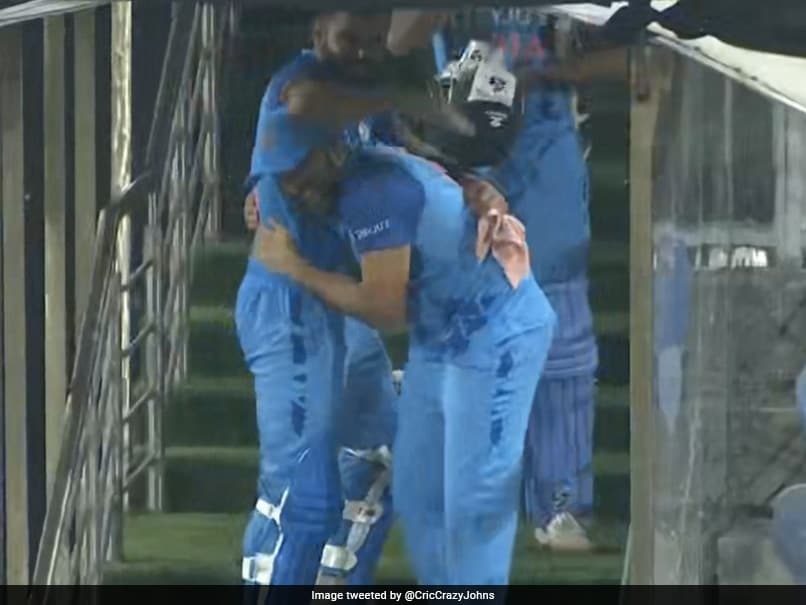 Rohit Sharma-led Team India defeated Australia by six wickets in Sunday’s third T20I at the Rajiv Gandhi International Stadium in Hyderabad to win the three-match series 2-1. Needing 11 runs in the final, Virat Kohli hit a six on the first ball bowled by Daniel Sams, but he came to the next ball after knocking out 63. The comparison came down to 4 out of 2 balls, and it was then that Hardik Pandya managed to register a boundary to get the hosts over the line.

Once the winning runs were struck, Kohli and Rohit celebrated in unison. The duo sat by the stairs between the dugout and the dressing room. The duo hugged and Kohli was also repeatedly excitedly patted on Rohit’s back.

Suryakumar Yadav and Virat Kohli played punches of 69 and 63 respectively as Team India chased the target of 187 to win the third T20I by six wickets to take the series 2-1.