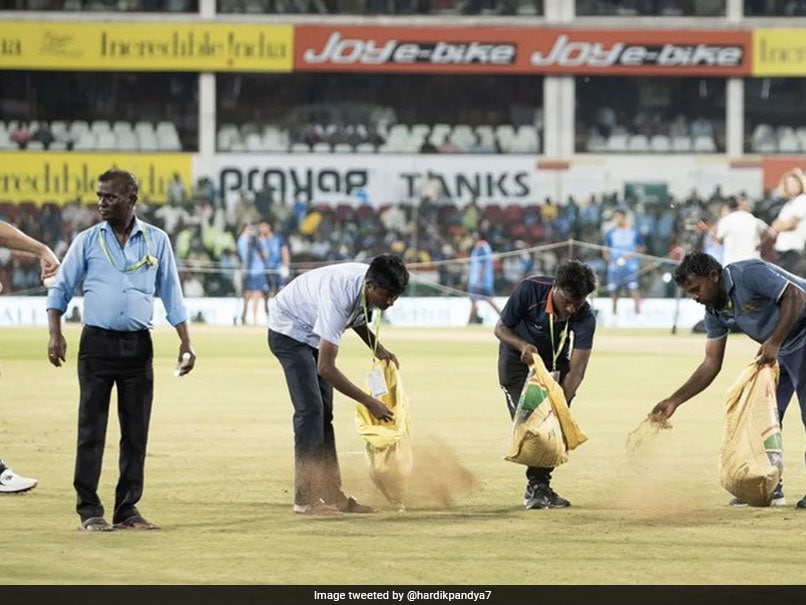 Wet outfield at VCA Stadium in Nagpur caused the 2nd T20I between India and Australia to be delayed by two and a half hours, but thanks to some fantastic work from the groundsmen, fans got to see some action. India defeated Australia by six wickets to tie the three-game series 1-1 in a match that was shortened to eight overs per side. After the match, Indian all-rounder Hardik Pandya made a special mention to the ground crew on Twitter and thanked them for making the match possible.

“Many thanks to the ground crew for all their efforts to make tonight’s game possible,” Hardik tweeted.

A big thank you to the ground staff for all their efforts to make tonight’s game possible pic.twitter.com/42bTSJxSCI

The tweet garnered more than 50,000 likes, with users also voicing appreciation for the ground crew.

Rahul Dravid greeted the groundsmen and appreciated them for arranging the match. pic.twitter.com/WscEEDTDgb

India won the toss and chose to field.

But Indian skipper Rohit Sharma split into sixes as he hit 46* from 20 balls to lead the team home in the last over of the chase.

The two teams now face each other in the decider in Hyderabad on Sunday.