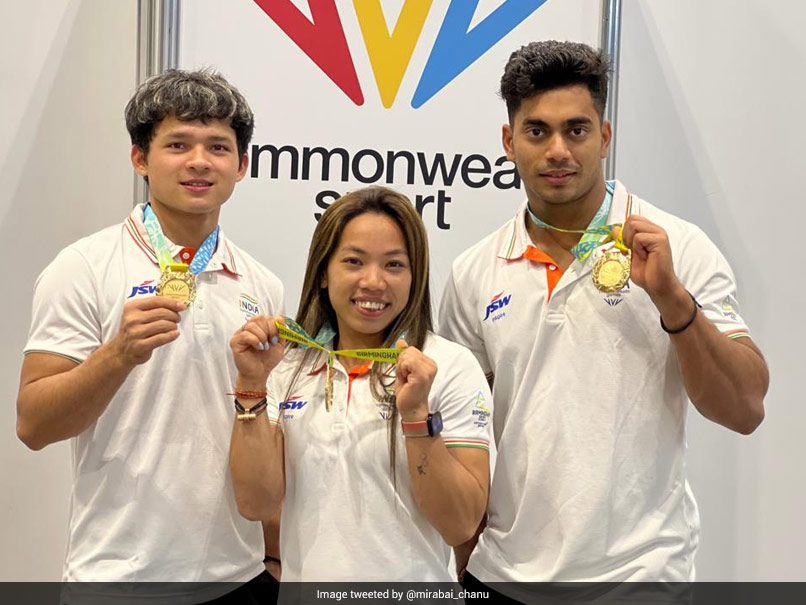 The Indian weightlifting contingent has racked up the most number of medals in the ongoing Commonwealth Games. The country’s first medal was taken home by Sanket Sargar when he won a silver medal and then Mirabai Chanu won gold on the same day. Jeremy Lalrinnunga and Achinta Sheuli also eventually won a gold medal, bringing joy to the whole country.

On Wednesday, Mirabai Chanu shared a photo with her follow gold medalists Jeremy Lalrinnunga and Achinta Sheuli. She captioned the post as: “The golden trio.”

Mirabai Chanu lifted a total of 201 kg to win the yellow metal in the women’s 49 kg category at the ongoing Commonwealth Games.

On the other hand, Lalrinnunga made history by winning a gold medal with a record-breaking combined lift of 300 kg in the men’s 67 kg category.

Speaking of Sheuli, 20-year-old Sheuli had broken the Games record by lifting a total of 313 kg to win the yellow metal.

It is important to remember that the youngster broke the Olympic record twice in the Snatch round, with 140 kg and 143 kg. He then lifted 166kg and 170kg in the clean and jerk round to set a Games record for total weight.

India has won 18 medals in the ongoing Commonwealth Games so far, including five golds. They are currently in seventh place in the medal tally.