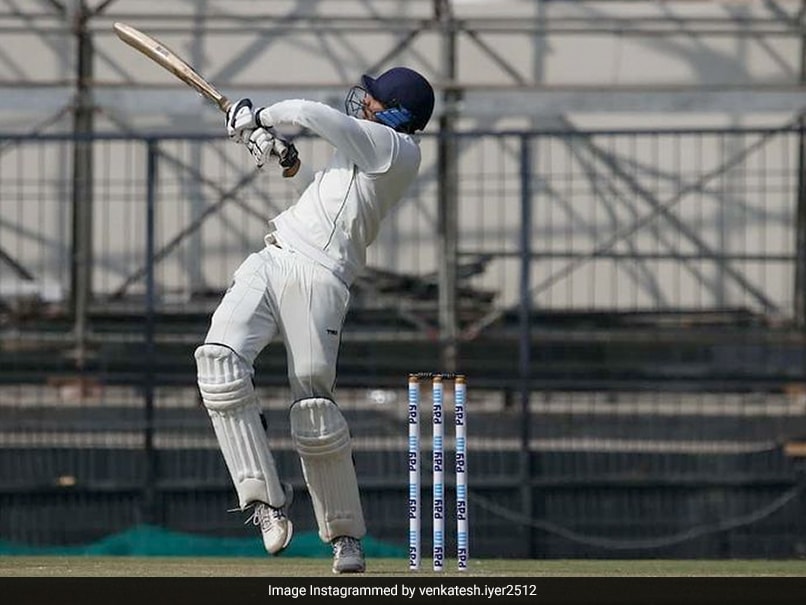 An ambulance went into the ground after a wild pitch, at follow-through, by West Zone medium pacer Chintan Gaja injured Central Zone’s Venkatesh Iyer during their Duleep Trophy semi-final in Coimbatore on Friday. The all-rounder was forced to back off after being hit on the head by the West Zone sailor. Iyer, who also was part of the Indian squad for a short period, opened his account with a six from Gaja. The next ball he hit back to Gaja, who threw the ball back to Iyer, and the batter lay on the ground in pain.

The ambulance arrived in the middle of the ground and the stretcher was out as well, but the 27-year-old decided to walk off the field.

Iyer came back to bat, but was fired after reaching 14.

However, Ashok Menaria fielded for Iyer.