panchkula: Two people have died from Covid-19 in the past 24 hours, bringing the total number of fatalities in the area to 418. The deceased have been identified as an 87-year-old man from Sector 4, who had co-morbidities, and an 84-year-old man from Sector 7. Meanwhile, 95 new cases have emerged in the district in the past 24 hours, while 72 patients have been diagnosed with the disease. to cure. — TNS

Chandigarh: The city recorded one death and 148 new cases of Covid on Friday, while 126 patients were cured of the disease. An 88-year-old unvaccinated man died at Fortis Hospital, Mohali. . The current positivity rate is at 10 percent. There are 869 active cases in the city. — TNS 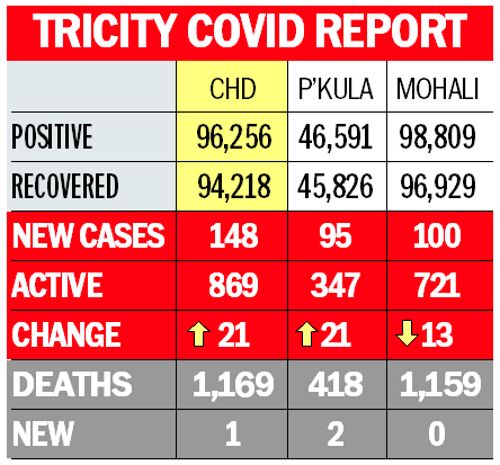