The UT board has drawn up a roadmap to achieve the ambitious target of 75 MWp (Mega Watt peak) solar energy generation by August 15 next year.

Debendra Dalai, CEO of Chandigarh Renewable Energy and Science & Technology Promotion Society (CREST), said Chandigarh was already on its way to developing as a solar city model and that the implementation of the solar city program was well underway with 51,062 MWp of solar photovoltaics. energy on the roof (SPV). ) power plants already installed until August 31 this year.

The UT board has set itself an ambitious goal of 75 MWp by August 15, 2023. To achieve the goal, a meeting was held here yesterday, chaired by UT advisor Dharam Pal.

Dalai said CREST had already prepared a detailed study report on the feasibility of solar power plants in various locations and a list of projects was also presented at the meeting, which was approved by the consultant. 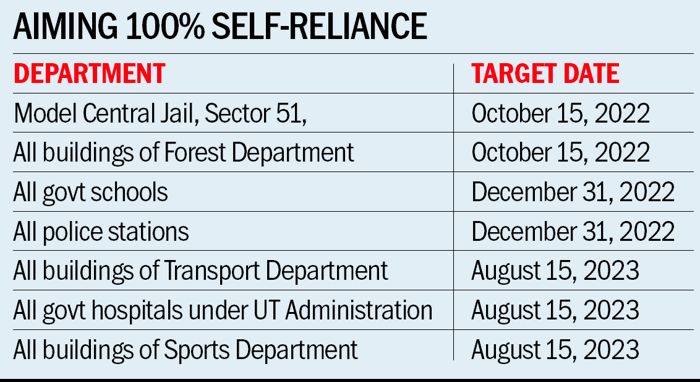