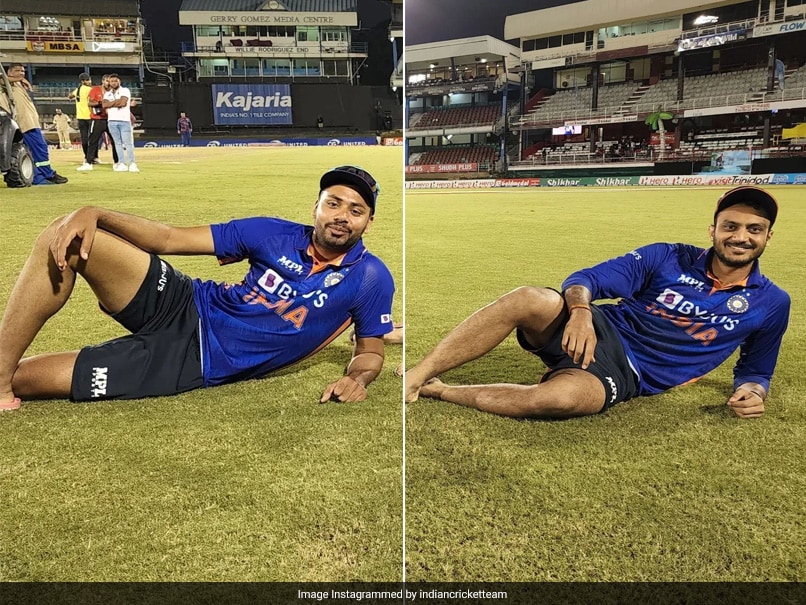 Team India put on a spirited show on Sunday to beat the West Indies by two wickets in a final-over thriller. After chasing a 312-run goal against the West Indies in the second ODI of the three-game series at Queen’s Park Oval, Trinidad, India, came home with only two balls left. Axar Patel played an unbeaten 64-run knock-off of 35 balls to take the team home, despite the required run rate increasing to 10 runs per over by the end of the match.

Axar hit three fours and five sixes during his knock, but his performance wasn’t just limited to that. He later took the social media by storm by mimicking Yuzvendra Chahal’s pose after India’s victory over the West Indies. Remarkably, Avesh Khan also posed similarly in the photo uploaded by the BCCI on social media.

“Just Yuzi letting others do Yuzi stuff. A fun interaction between the trio coming soon on BCCI.TV. Stay tuned,” BCCI wrote on Instagram while sharing the photo.

Meanwhile, Axar also shone in the bowling department with economic figures of 1 in 40 in his 9 overs.

Speaking of the match, West Indies placed 311 for 6, riding Shai Hope’s 115 and Nicholas Pooran’s 74. Shardul Thakur was the bowlers’ pick for India with figures of 3 for 54 in 7 overs.

In response, Shreyas Iyer hit a 63 to contribute to the cause of India along with Axar. For the West Indies, Alzarri Joseph and Kyle Mayers picked two wickets each.

With the win in the second ODI, India won the series 2-0 with one game to go. India had won the first game at the same location on Friday by a narrow margin of three runs.